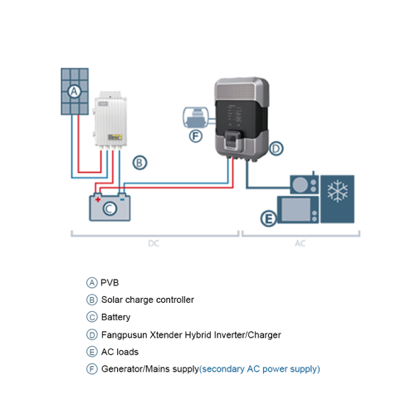 in a off grid hybrid solar system like the one shown above, the pv module converts solar energy into electricity, which is then stored in a battery via a solar charge controller. the solar inverter powers the load. some solar inverters can also connect a generator and set the parameters to automatically start the generator when needed.

considering the usage scenarios of main household electricity, the general household appliances are as follows:

in terms of demand, the power of the load is about 3000w, plus some inductive loads, which have large starting power, you can choose xtender series xtm/psh4000-48. the inverter of this model can continuously output 3500w, and can withstand a load of 4000w within half an hour, or up to 10500w within 5s. it's a good choice. 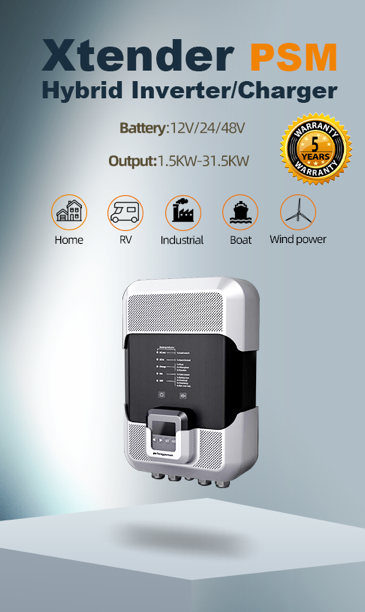 considering the load conditions, use environment, service life and cost factors, there are cost constraints where the general choice of colloidal lead-acid maintenance-free battery or lithium battery. users should not choose inferior batteries for the sake of cheap, because this will affect the reliability of the entire system and may cause greater losses.

if the normal light is 4.5 hours and the off-grid pv system has a power loss rate of 0.2, it needs an average of 10 kwh of electricity per day and at least 27,777w of solar panels.

the role of the solar controller is to generate electricity from the photovoltaic module, store it in the battery and protect the battery. 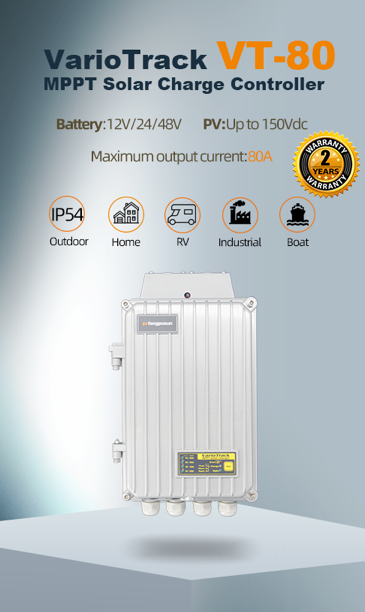