Originally high in the saloons and yachts are now more and more widely into everyone's life, in these can live in the transportation equipment, whether it is household appliances, mobile phones, computers are not without the supply of electricity. Without the support of a stable grid, generating and storing electricity on its own is essential.

Where does the electricity come from in the rv, the yacht, the livable transportation equipment?

Almost all RV and yachts are provided by the combination of batteries and inverters. The electricity in the batteries mainly comes from:

1.Use the mains to charge

The RV can be charged at home or at the rv camp using mains electricity, and the yacht can charge its battery from the coastal power source once in port. The disadvantage is that the charging location is fixed and the flexibility is low.

Solar panels can be installed on the top of RV and yachts to convert sunlight into electricity, which can be stored in batteries through solar charge controllers. The advantage is that the battery can be charged at any time and place when there is sunlight. The disadvantage is that solar energy conversion efficiency is currently low and very unstable due to weather.

3.Charge with a generator

Generally, a generator can be prepared in the RV and yacht, and the battery can be charged with the generator when needed. The disadvantage is that the generator produces an unpleasant noise.

The output power of a variable speed generator depends directly on the speed of the motor.When the motor speed is too low for the power demand, the output voltage of the generator is decreased.

To avoid this problem, a permanent measurement of the input AC voltage allows working with generators that are limited in power when the motor is running at a low speed.

The drop voltage is detected and the input current of the Xtalent is diminished to stabilize the voltage. Thereafter, the Smart-Boost functioni is used to help the source with the necessary power.

With that association, all the power is available even when cruising at low speed. 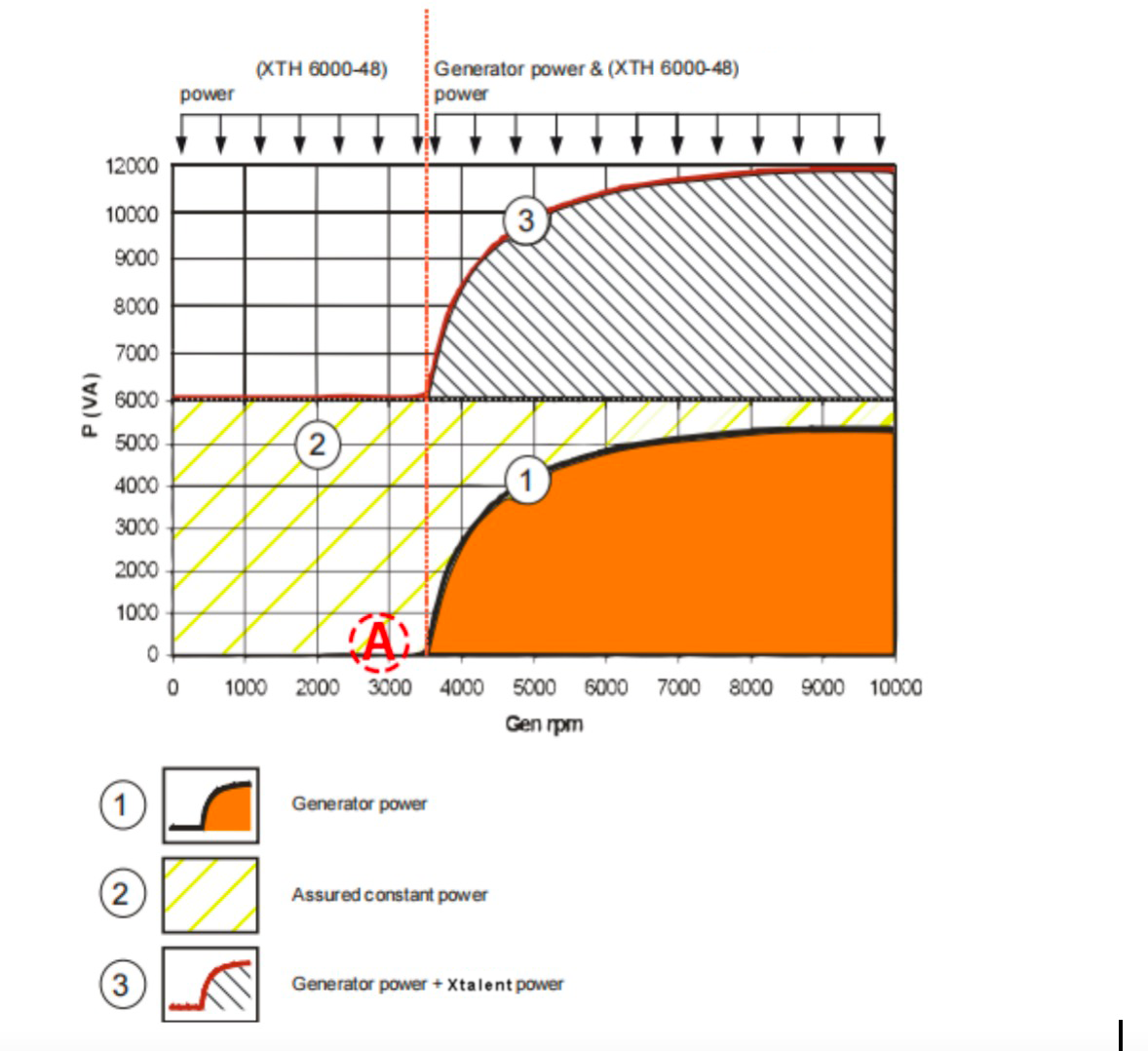 When installed with the battery, the Fangpusun Hybrid Inverter/Charger can be charged by the mains and communicate with our VT series solar charge controller to maximize the utilization of solar energy. It can also be connected to a generator, which can be automatically started to charge the battery by setting parameters. It can also be paralleled with the inverter of variable speed generator to increase and stabilize the output power and ensure the normal use of load.